skip to main | skip to sidebar

THE CRITICS ARE SPEAKING - AND A NEW MUSIC VIDEO IS COMING

Coverage of Brian Lisik and the Unfortunates Curtisinterruptedus continues this month with a feature in Blogcritics.

The  EXCLUSIVE PREMIER of the video for the album's first single, "Jan. 13," will be featured in the Huffington Post May 26.  More details coming soon.
Posted by Lisik at 7:29 AM No comments:

Tune in to MONDAY NIGHT, (4/20) at 8 p.m., tune in to NEORocks! on 88.7 FM, WJCU in Cleveland (or online at www.neorocks.com) at  as I wax poetic about the new album, Curtisinterruptedus and anything else Jason Meyers and the boys wanna dish about. And yeah, we will play selections from the new rekkid too, I suppose.

BRIGHT AND EARLY TUESDAY (4/21) MORNING, the band will be appearing on the Cleveland Fox 8 News Morning Show starting at 7:30 a.,m. - so set yer DVRs now.

ON WEDNESDAY (4/22), Ray Flanagan and I will be performing a showcase set of songs from the new album at Brent Kirby's 10x3 at Brothers Lounge. in Cleveland Show starts at 8. We go on after several beverages.

FINALLY, FRIDAY APRIL 24 at 8 p.m. is the BIG CD RELEASE CONCERT AND RUMMAGE SALE at Jilly's Music Room w/special guest Kevin Junior. Actually, there will not officially be a rummage sale, but rummaging through all our merch - and even buying some - is strongly encouraged.

MEANWHILE, keep tuning in to - and supporting - the wonderful radio stations around the country like 91.3 FM The Summit in Akron,Ohio and WSLR96.5 in Sarasota, Florida, that have begun spinning songs from Curtisinterruptedus.

AND BE ON THE LOOKOUT FOR the release of the debut video from the album, for the song "Jan. 13" - expertly conceived and shot by the able hands of Mr. Benjamin Lehman (with assistance from Deborah Lehman, who also drove and made sure none of us got hit by passing motorists).

AS WELL AS REVIEWS OF THE NEW RECORD from the Cleveland Scene, Canton Repository and Youngstown Vindicator

Cheers babies!
Posted by Lisik at 2:22 AM No comments:

"Vignettes of a somewhat darker nature; sex is suggested, but it’s hardly joyous. ...a fine mix of songs that will take you into a world that isn’t always pretty but is certainly vivid and memorable" - Buzzard Tracks

"In your face vocals and guitar. Curtisinterruptedusis is unquestionably a great alt-rock experience" - BVS Reviews

"With his clever word play and jangly guitar, Lisik takes a riff from Corinthians and leaves his childhood toys behind. A mature AOR set worthy of a long time rocker" - Midwest Record

Hello long lost chillun,
It has indeed been a long, crazy year - filled with everything from employment venue changes, to surgery tables, to the formation of the best band lineup I've ever assembled. But the first fruits of all that labor - Brian Lisik and the Unfortunates' new album Curtisinterruptedus - will hit the streets on April 28.


Other appearances this month include my participation in Scene Magazine and the Rock-n-Roll Hall of Fame production "Ohio'sGreatest Hits" (thanks show producer Ryan Humbert!) April 16 at the MusicBox where I'll be doing a couple numbers (along with my esteemed pian-a player, Tim Longfellow) by an adopted Kent, Ohio son - by way of NYC - and the absolute greatest R&B/Soul singer to ever come out of Cleveland.  That's all the hints yer gonna get other than to say it would be great if Pam Grier showed up to see me sing it.


Yeah, I'm actually going to be doing that more often this year.  And I may even include some CD and movie reviews, how-to manuals, and favorite peanut butter recipes.  So stay tuned. 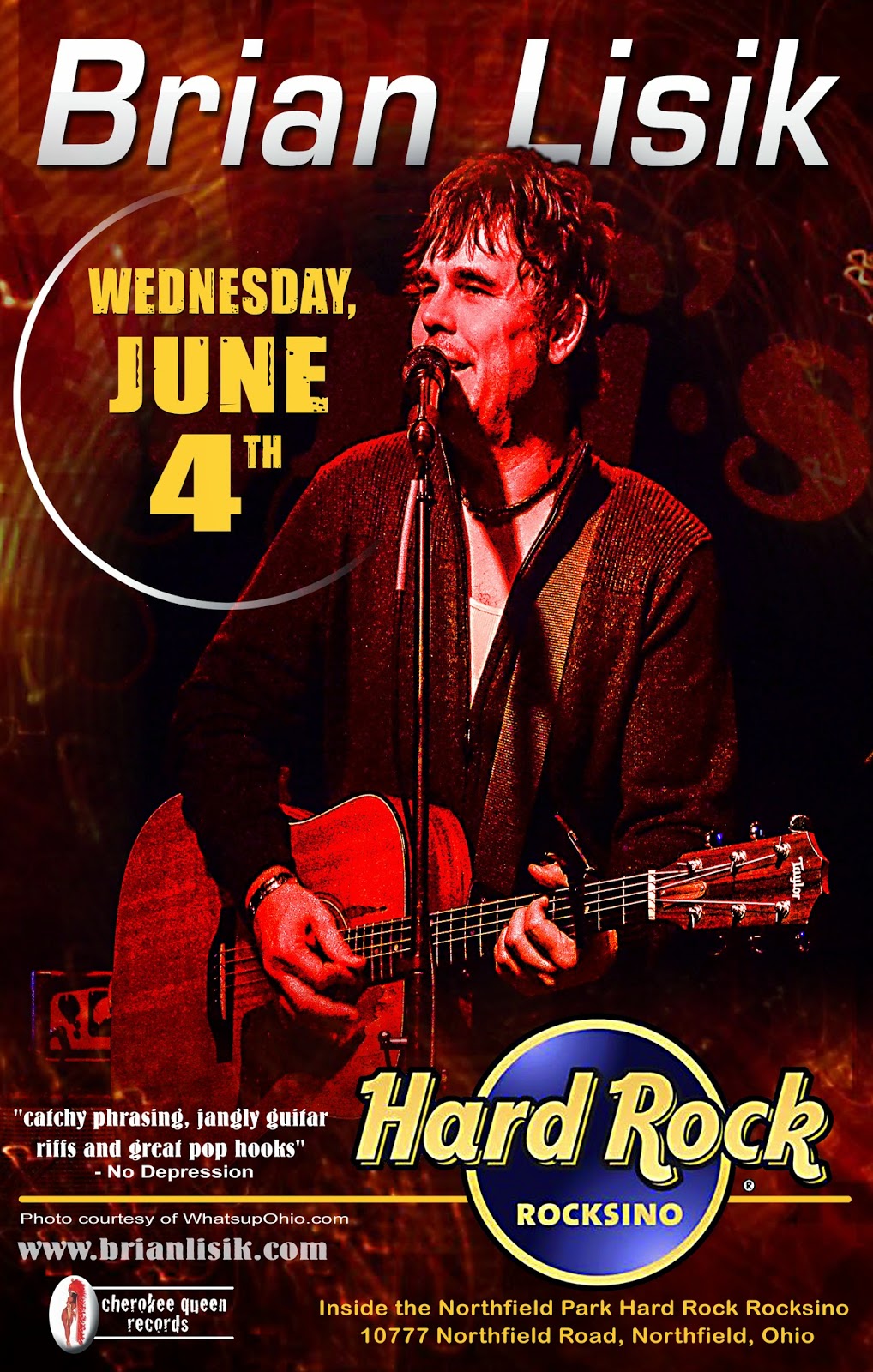 Mark yer calendars now kids - Brian Lisik, along with Steve Norgrove of Brian Lisik and the Unfortunates, will make his debut at the (still pretty) new Northfield Park Hard Rock Cafe and Rocksino June 4 - 9 p.m. For more info, visit www.hrrocksinonorthfieldpark.com.
Posted by Lisik at 11:03 AM No comments: 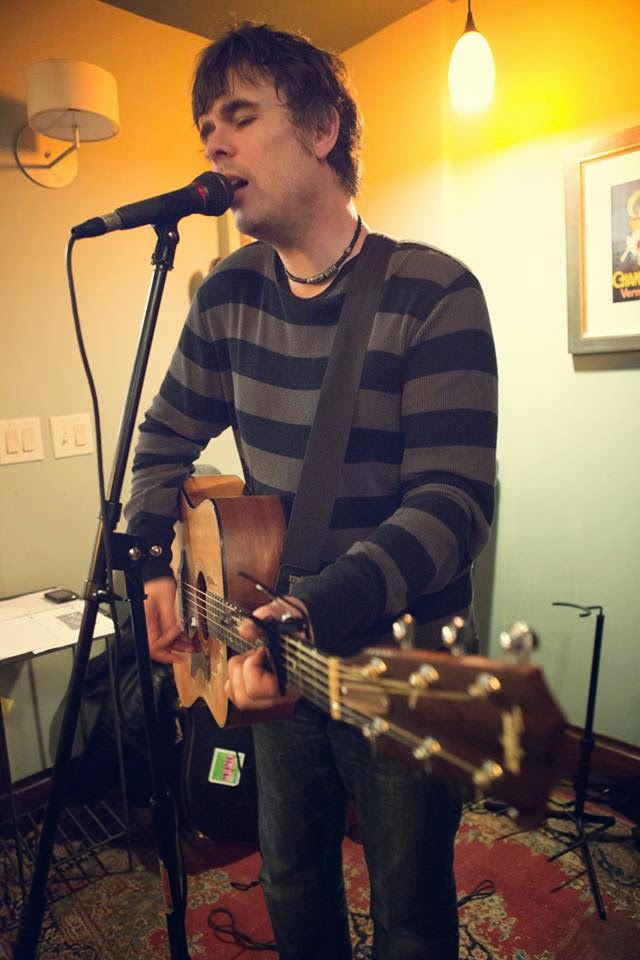 Check out a cool little article published on the eve of a recent appearance in State College April 25.  Lisik returns to the Keystone State May 24 with a stop Fisher's in Zelienople. Meanwhile, work continues on the new Brian Lisik and the Unfortunates CD, due out this summer.  Cheers folks!

(photo: Benjamin Lehman)
Posted by Lisik at 6:42 AM No comments:

LATEST LISIK NEWS: A new year, a new record (and book and concert film), and a new multi-state tour on the horizon 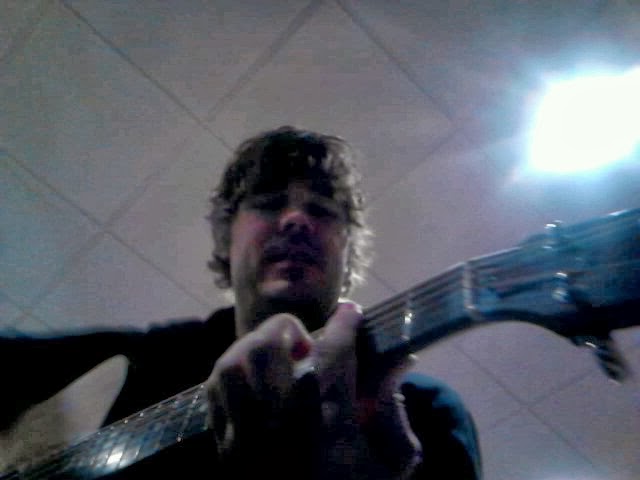 Howdy kids - long time no talk to (and Happy New Year by the way) but since there has been quite a little bit o' news since the holidays (shoot on over to the shows page for more on that) we thought we'd drop you all a line.

Check out the latest issue of the the New Philadelphia Times Reporter (Jan. 21) for a very cool feature by Joe Wright on all the latest Lisik recording and touring news - including our next New Phile show Feb. 1 at Gavin's on the Square; a Feb. 6 appearance on the Fox 8 Morning Show; and upcoming Feb. and Mar. shows in Cleveland, Akron, Canton, Nashville, and State College, Pa. Gee, now I don't have to write another Excess Baggage for a few more weeks - thanks Joe!

And while we're at it, a big shout out to Pittsburgh-based writer-photographer Hugh Twyman for the First/Last interview this month on his HughShows blog.

Also, be sure to check out some in-the-works demos of songs from the upcoming Brian Lisik and the Unfortunates album - due summer 2014 - at our new Sound Cloud page .

So with all that said, stay tuned for updates on the new CD, a lyric book-on-the-road-memoir project, two concert film releases, and a (very secret, hush-hush for now) big national television show audition/showcase next month.

Till then, see ya at the shows! 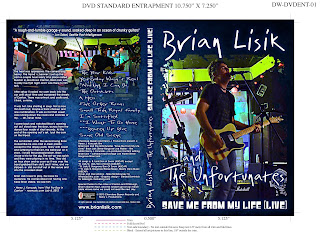 As work continues at Studio 521 on the new studio album from Brian Lisik and the Unfortunates (due out Spring 2014), be on the lookout later this month for the release of the band's live concert film Save Me From My Life, shot by Henry J. Konczak at shows in Canton, Ohio and Pittsburgh, Pa. in the summer of 2012 (and check out the stunning cover art mock up above from the amazing - just ask him - Gerard Dominick of G-Designs!)

Also check out brianlisik.com to order yer very own copy of The Mess That Money Could Buy (if you've been living under a rock and don't own one yet. Plus, ya know, Christmas is coming, so you can order another one for the less fortunate of yer family and friends!) and the snappy new Mess That Money Could Buy T shirts, in brilliant black-n-white or black-n-blue (which one ya pick probably says something about you psychologically...but we won't tell).

And be sure to check out updates on the Shows page, as we will be making select appearances in Ohio and Pa. throughout the year, gearing up for the big Midwest/East Coast tour in 2014.

Cheers babies - and see ya at the shows!
Brian
Posted by Lisik at 8:03 AM No comments: